Celebrating our 66th season of continuous operation in this, our 65th anniversary year!

Featuring The BIGGEST Movie Theatre Screen in the USA

For one low price The Bengies Drive-In Theatre offers TriPPPle features almost every Friday and Saturday night, DouBBle features on Sunday night with non-stop projection. The show always begins with the National Anthem. In between movies, we play intermission clips, classic cartoons, and vintage trailers. Our presentation will impress you. On Memorial Day and Labor Day weekends, we have Dusk till Dawn, All Nite Shows! 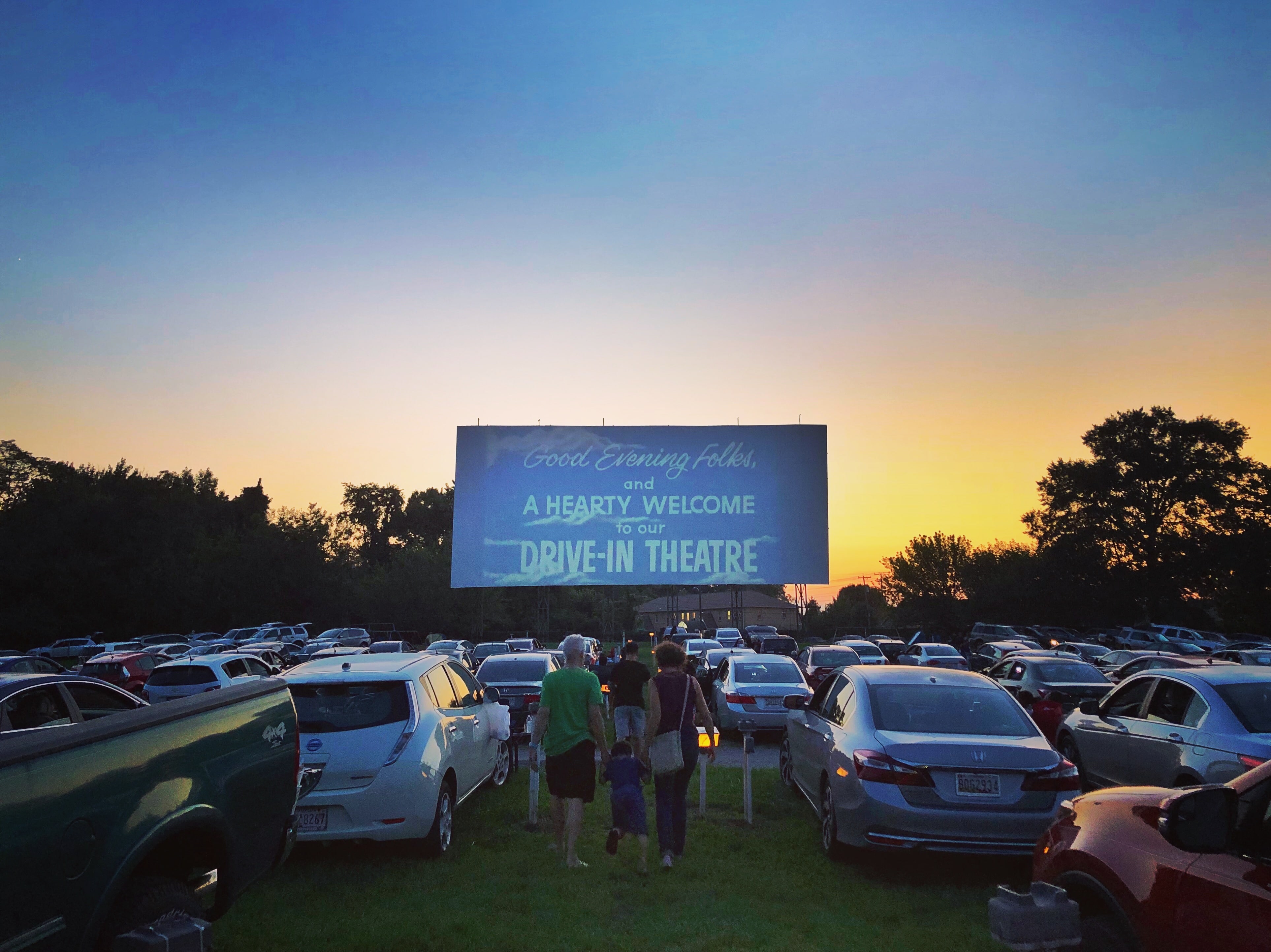 We are OPEN most of the year!

Our season begins in early spring and ends in late fall. We are not just a summertime destination. Electric-in-car Heaters are available to keep you warm. We are open rain or not! 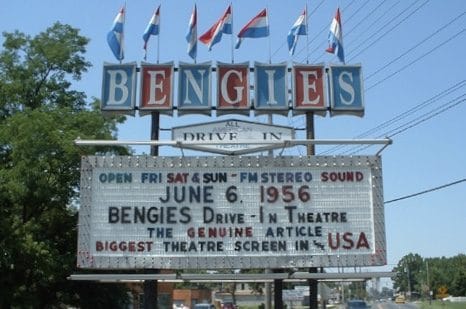 Enjoy the nostalgic atmosphere and movies from the comfort of your car. Bring chairs and blankets to sit outside of your vehicle. Our huge original snack bar, signage, and intermission clips will take you back to another time. Tire the kids out in our giant playground under the screen.  We have audience participation during intermissions. 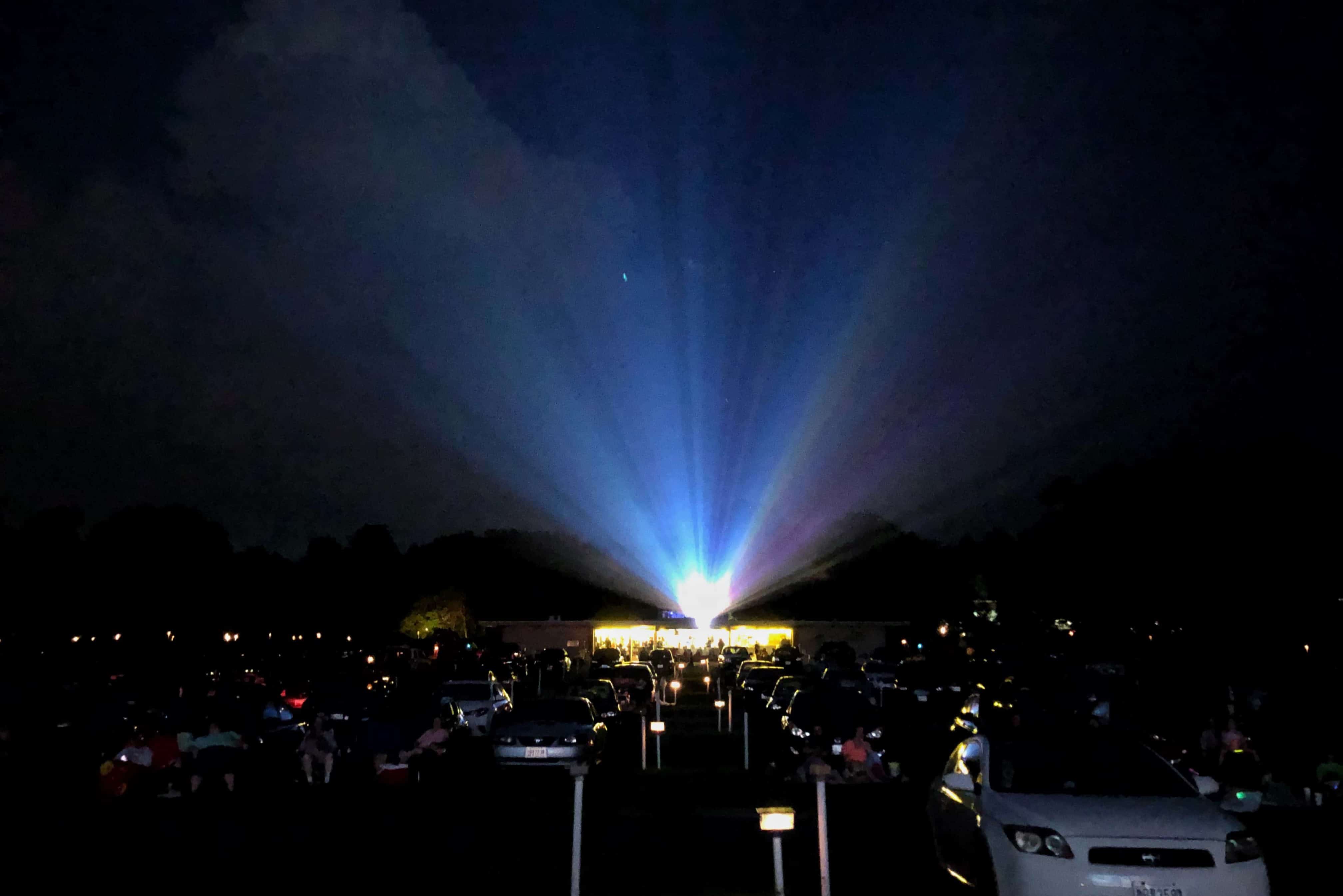 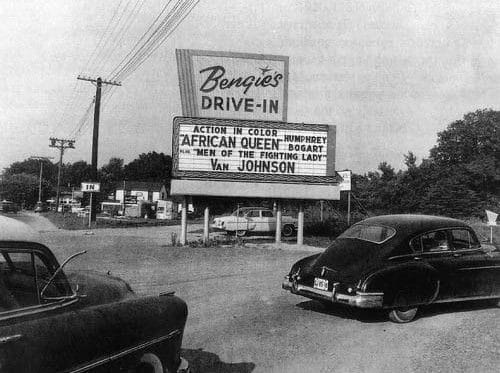 How Bengies Got Its Name﻿

The Bengies Drive-In Theatre was the result of a collaboration by Jack, Hank, and Paul Vogel. Jack was the sole architect for the project and the Vogel Building Company, with Hank at the helm, did the actual construction. The drive-in opened on June 6, 1956, exactly 23 years after Richard Hollingshead opened the very first drive-in theatre. It was named the Bengies Drive-In Theatre to reflect the name of the surrounding Bengies community, which had been named to honor the 23rd US. President Benjamin Harrison (nicknamed Bengie). Hank Vogel personally managed the Bengies from the day it opened until his death in 1978.

Built with streamlined efficiency and customer service in mind, the brand new Bengies not only sported the perfect and largest CinemaScope screen tower, but also featured a large, well designed snack bar with two serving lanes. Twin auditoriums flanked each side of the concession stand to accommodate walk-in patrons. Each auditorium seated 60. The restroom facilities were unusually large for a drive-in of its era. The layout of the car ramps was unusual also. Most drive-ins are designed with a roadway between each ramp, whereas the Bengies features double ramps to allow maximum capacity in a limited space. At the time it was built, the drive-in had a capacity of 1000 cars.

Through the years, the appearance of Bengies has changed a little. The original marquee was changed to the present marquee in 1973. The space that was once auditorium seating is now utilized for storage and offices. AM sound was added in 1984. FM radio sound was added in 1991. Digital Projection was added in 2013. Although some of the exterior features have changed through the years, the essence of Bengies has remained the same, making it (as its telephone recording states) a “real-live, honest-to-God, all-American, drive-in movie theatre.” It even says “All American Drive-In” on the marquee. Bengies starts each evening with the playing of the National Anthem. It is a long-time Vogel tradition started by Paul Vogel, and is taken very seriously by staff and patrons alike. Young and old face the screen to pay tribute to our flag. Some even sing along.

Cement, steel, glass, and film do not by themselves make a theatre. Ask any drive-in aficionado, and they will tell you that it is Showmanship that makes going to a drive-in (or any motion picture theatre) a real treat. Showmanship is a lost art among the many theatres today that rely on the reputations of particular films or actors to draw crowds. The drive-ins and indoor movie palaces of yesteryear knew how to draw crowds and knew how to keep them entertained. They knew how to make the theatre itself as much fun as the movies it played. While many modern indoor theatres have long since stopped making an effort to dazzle patrons, this is certainly not the case with the Bengies Drive-In.

Many little extras give the Bengies “personality.” An evening at the Bengies includes at least two features (usually three on Friday and Saturday), and those wonderful animated vintage intermission trailers that lure patrons to the concession stand and bring about a sense of nostalgia for drive-in nights past. The snack bar offers many “taste-tempting treats” as well as a wide variety of Bengies memorabilia that patrons can purchase as souvenirs. There is also audience participation via flashing your headlights. While most other drive-ins now operate during summer months only, Bengies remains open into the colder weather months. In-car heaters keep patrons warm during those chilly nights. Additionally, there are giveaways, and on some nights, Dusk-to-Dawn shows. All this for the price of one film at other theatres. Some other drive-ins only show one feature or show nothing during intermission. The Bengies truly is Special.

There are a lot of people who make the drive-in special. An army of staff members efficiently and cheerfully greet patrons at the box office, escort them into the lot, clean the facilities, cook and serve the refreshments, assist patrons with souvenir purchases, maintain the equipment, and man the projection booth. Overseeing all of those wonderful people is D. Vogel, the owner and vivacious personality of Bengies.

Like all of the Vogel children, D. started helping out at the family’s theatres at an early age. His greatest fascination was with the projection booth. It’s still his favorite place. Later, he worked in theatres while in college at the University of Cincinnati and Duquesne University. By age 19 he was living in Baltimore and running the Bengies, as well as two indoor Vogel theatres, after his uncle Hank died. He operated the circuit for three years. Brother Freddie took over the circuit from 1980-1983 while D. completed his degree in experimental psychology.

After college, he worked as a manager with JF Theatres. Later, he tried his hand as a car salesman to have more normal work hours. Meanwhile, the Bengies had been leased to a theatre chain from 1984-1988. With the movie theatre business in his blood, D. found himself drawn back to the Bengies in 1988 when he saw the condition the property had deteriorated to under the theatre chain’s management. He approached his father, who owned the property, with an offer and has been operating the drive-in since April 1988. Under D.’s management, the Bengies Drive-In continues not only as a tribute to the golden age of the drive-in theatre, but also to three generations of the Vogel family who know what quality and Showmanship are all about.